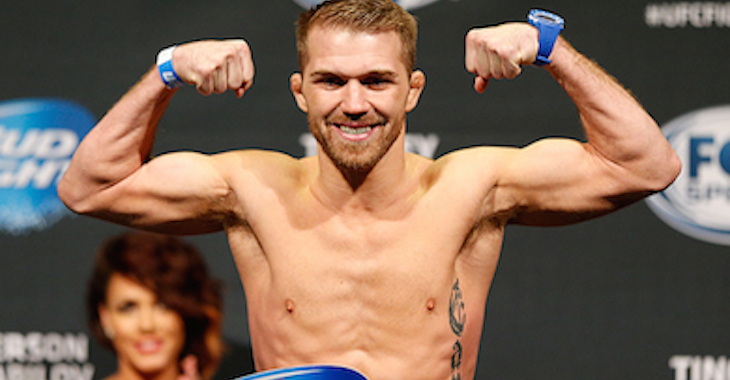 After a seven month layoff from action, Bryan Caraway is ready to make his return to the octagon! Caraway is scheduled to face Eddie Wineland at “UFC on FOX 16” which takes place in Chicago, Illinois. Northwest Indiana Times reported the news earlier this week.

Bryan Caraway was starting to pick up some momentum with consecutive submissions against Johnny Bedford and Erik Perez, but it was cut short when he lost to Raphael Assuncao by way of unanimous decision.

After suffering a broken jaw in a brutal knockout loss to Johnny Eduardo, Eddie Wineland is excited to get back in the cage after his year-long layoff. Like Caraway, Wineland has been able to pick up consecutive wins in the UFC throughout his career but keeps suffering losses to throw him off track.

Both fighters are looking to get back to winning ways and eventually in title contention for their stacked division.