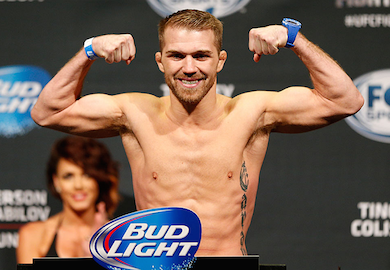 A battle of bantamweights has been booked for the UFC’s upcoming Fight night 54 event in Canada.

Both Bryan Caraway and Raphael Assuncao have agreed to fight.

Bryan Caraway is the known long-time spouse of top female fighter Miesha Tate. Not to take away from his credentials, the bantamweight fighter will bring in a solid two-fight winning streak and has won 5 of his last six bouts.

Assuncao was pushed out of the title picture when an injury kept him on the sidelines. The top ranked fighter will look to prove his might once more when he steps opposite Caraway. He’s won his last six bouts.