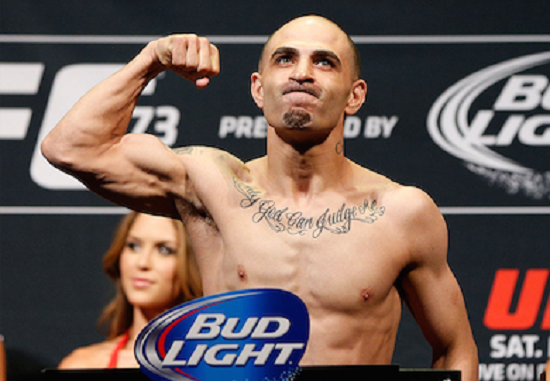 Chico Camus is the latest fighter to defend Duke Roufus’ gym, Roufusport, from allegations by former students, fighters, and instructors in the wake of Dennis Munson Jr.’s death.

In preparation for his flyweight debut against Brad Pickett tomorrow night at UFC Fight Night 57, Camus returned to Roufusport to train at the gym he left some time ago.

“I wouldn’t really say it was drama. I don’t know. … I can’t even explain exactly what the breakup was. It was just I had an opinion, he had an opinion, and we decided to go other ways. But it shows now that we were basically men enough to put our differences aside, and that’s my home. That’s where I belonged in the first place.”

“I’m just happy to be back. It’s a great gym, one of the best gyms in the world, by far, so I missed my teammates. I missed my coaches.”

“I wasn’t at the gym at the time when all this stuff went down in the first place, so I really didn’t want to get into detail,” he said. “I’m more focused on my fight. Rest in peace to the guy, Dennis Munson. That was very tragic what happened and stuff like that, but I don’t know any details. I wasn’t at the fight, let alone did I ask anybody about stories about what happened, what went wrong. I more stick to myself, minding my own business.

“I have nothing bad to say about the guys at Duke’s. I’ve never gotten mistreated. I know they’re great coaches, and it’s a great facility.”