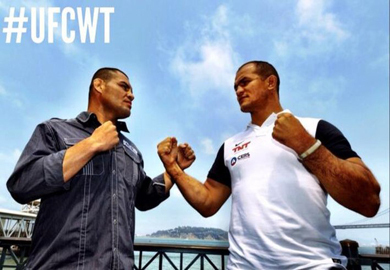 There has only been one man to defeat the UFC’s heavyweight champion of the world.

Marred with controversy, an injured Cain Velasquez entered the cage for the UFC on FOX 1 main event and lost quickly due to the vicious striking prowess of Junior dos Santos.

The two then faced off again in a rematch at UFC 155 less than a year ago and Cain got his vengeance.

In exactly one week from tonight the third showdown in this epic heavyweight trilogy takes place and according to the champ, his gameplan is the same as the second fight.