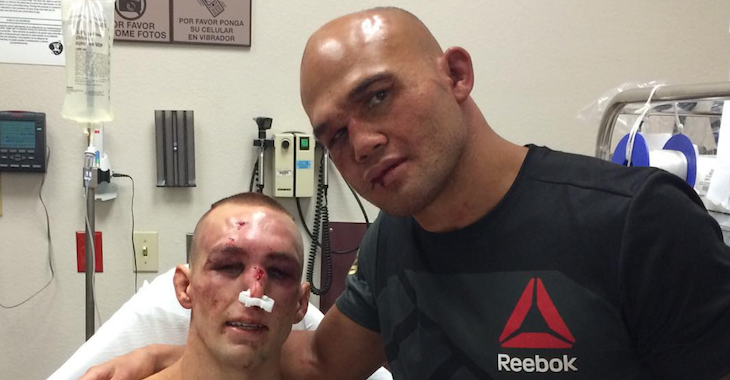 Robbie Lawler and Rory MacDonald went to war during their welterweight title fight  at UFC 189. The champ came up with a big fifth round TKO to retain this title, but didn’t leave the octagon unscathed.

The two busted each other for four whole rounds and had to take a trip to the hospital following the fight.

Looks like they used the time to bond over their battle wounds.

Check out the pic!