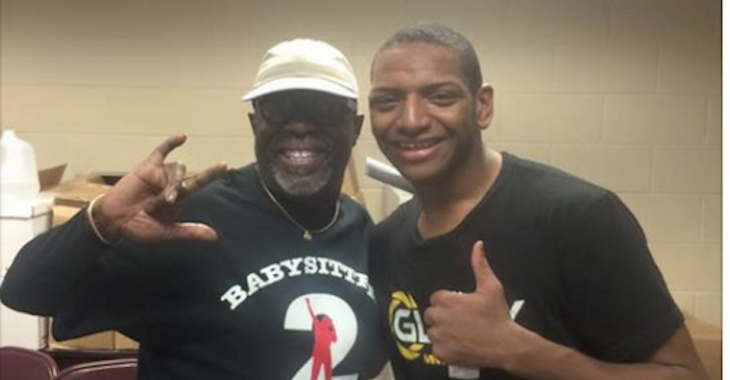 Burt Watson has returned, lending his talents to MMA fighters, motivating them to do their best and perform up to and beyond their expectations.

The picture above shows Wayne Jordan, an MMA fighter who won at KFCA 14 two days ago. Watson was at the event and by the looks of the picture is still motivating fighters to go out there and do work.

Jordan, who won his MMA debut via armbar with 3 seconds left in the first round, said, “We were super pumped. This being my MMA debut and having Burt there made it all the more special.”

Jordan thanked Watson after his fight, and on a Facebook post said that the ‘Babysitter to the stars’ gave everyone backstage the best pre-fight speech ever.

Pretty cool to see Watson still doing his thing, even if it’s not in the UFC.