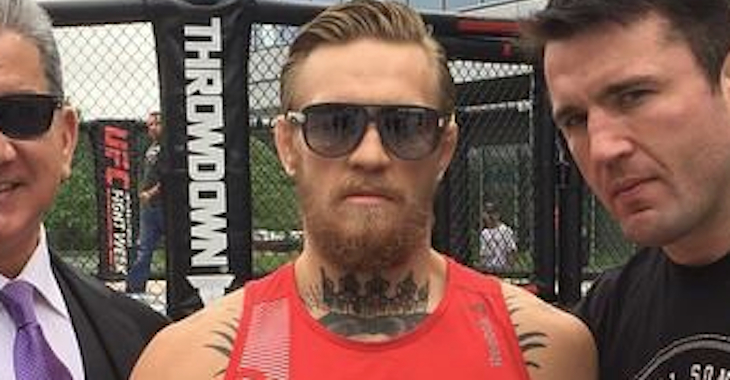 Conor McGregor and Chael Sonnen may be far from the most popular fighters on the UFC roster. Their trash talk garners a lot of hate from viewers, but they don’t care either way; As long as you’ll pay to see them win or lose, they go home happy.

Bruce Buffer has introduced McGregor and Sonnen several times throughout their career and he is undoubtedly one of the best announcers in combat sports history. Sonnen and McGregor were chatting it up before their interview for ESPN and had the opportunity to take this quick picture with Buffer:

Two of the biggest trash talkers and the best voice in the business in one place! Who would you rather listen to talk? Share your pick in the comment section below!