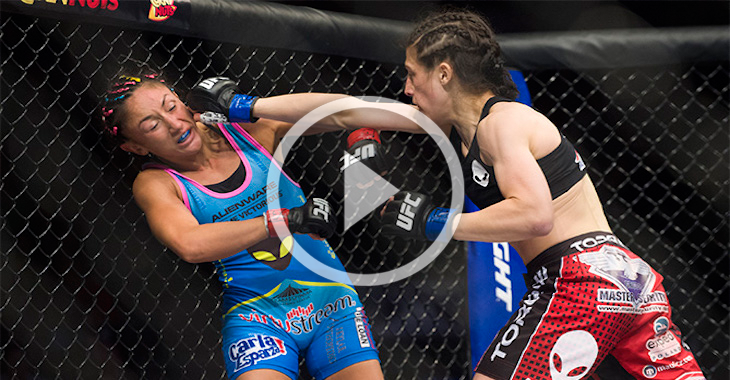 The MMA world is still talking about the events that took place at UFC 185, where two champions got dominated and lost their titles. Anthony Pettis lost by getting beat everywhere for twenty-five minutes and Carla Esparza lost by getting punched in the face over and over again until the referee stepped in and stopped it.

Esparza clearly wanted to the take the fight to the ground but was unable to and didn’t seem to have a backup once it was clear that the fight was going to stay standing. Joanna Jedrzejczyk used her crisp striking to land punches at will, while Esparza looked helpless.

“That was the performance of the most one-dimensional champion in UFC history since Royce Gracie in tournament 1. She would not throw a punch.”

“She wouldn’t punch. She didn’t throw one punch.”

“Joanna, what a great game, no kicks and long boxing. The best part was that if you look at Carla Esparza vs. Rose Namajunas for the belt, Rose said Carla’s wrestling is too good I’m going to beat her with jiu-jitsu, and we know that’s not going to work. Joanna came in and said I’m going to fu*king sprawl every time and beat your ass and she did exactly that.”