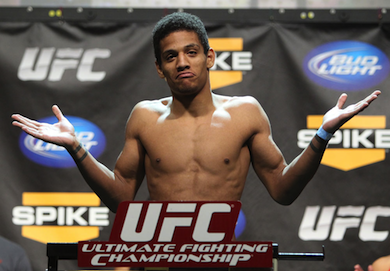 Alex Caceres is trying to make a case for a shot at UFC gold, and he’s willing to go through Urijah Faber to get it.

The TUF veteran recently appeared on ‘The MMA Hour‘ and said,

The two bantamweight will square off at UFC 175 in Vegas.