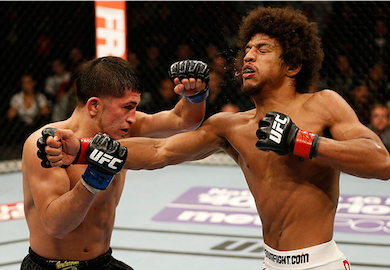 “I feel like they wanted him to beat me, keep the train going. I think they thought he might out-strike me and beat me up and what not. I didn’t mind. I feel like that’s how it is with every fight. They put me in there to lose. That’s not a big deal, I just keep surprising people then.”

Still though, despite his success, the UFC bantamweight told Ariel Helwani that he believes he was sent out to lose.