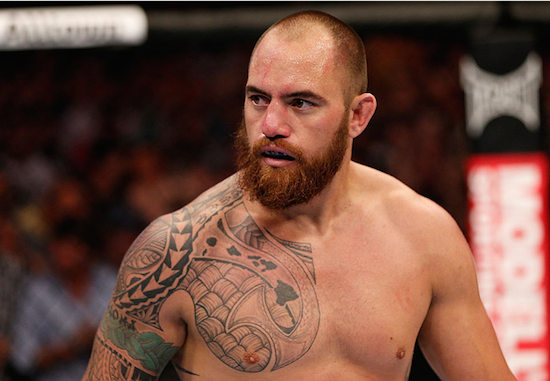 “A buddy of mine Pat Barry, who came out and helped me after the ‘Bigfoot’ Silva fight before the (Alistair) Overeem fight told me ‘live in that moment, live with it, live with that anger. Don’t get used to it, but just let it piss you off’ and that’s what I did,” Browne said. “So I held onto it for a little bit longer and I absolutely hate that feeling. I never want to feel it again.

“You’re going to have to put me to sleep to beat me. It’s going to take something huge in order for him to beat me.”

Ahead of this weekend’s UFC 182 event, Travis Browne discussed his upcoming fight against Brendan Schaub.