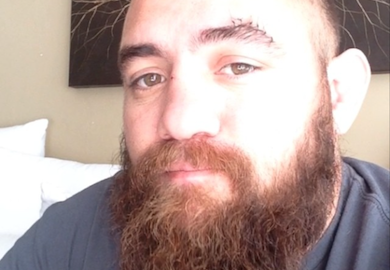 Travis Browne has been pretty quiet since his lopsided defeat against Fabricio Werdum. (Replay Here)

The UFC on FOX 11 main event put the winner into a title shot, against UFC heavyweight champion Cain Velasquez, and Travis failed to perform.

In a recent posting to his instagram, Browne finally broke his silence:

“Thank you guys for the support!! I’ll be back as soon as I’m all healed up. Learned a lot about myself in this fight and look forward to making the proper changes to move forward!”