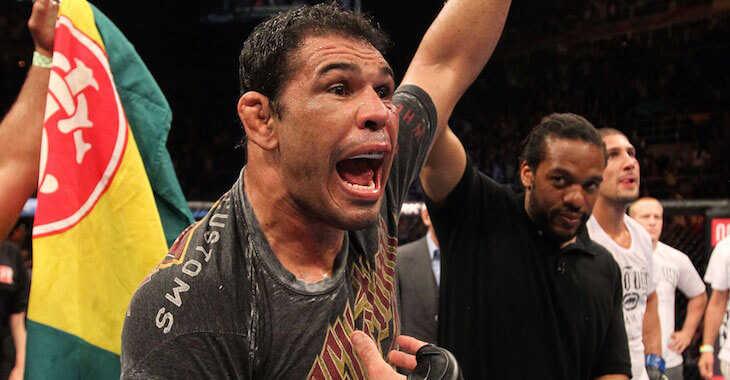 Big Nog made the decision to retire after his decision loss to Stefan Struve back at UFC 190, and for good reasons.

The 45-fight MMA vet has had his share of wars while wearing 4 ounce gloves, and has gone under the knife a total of 22 times.

He spoke to Sherdog to discuss the extent of his injuries:

“I have done a total of 22 surgeries — I’m all broken. I started my surgery career early, at 11 years old when I was hit by the truck. However, the last five years were more difficult. I had eight surgeries. I have 16 metal screws in my right arm, from the elbow to the shoulder, and they are extremely painful at the beginning of a training camp and also when the temperature changes. I also had a surgery on my left arm and two on my hips. Those four surgeries were pivotal in my decision to retire.”

As if any more evidence is needed to further cement Nog’s status as a warrior, he fought Roy Nelson with a torn ligament in his knee and was barely able to walk leading up to the fight.