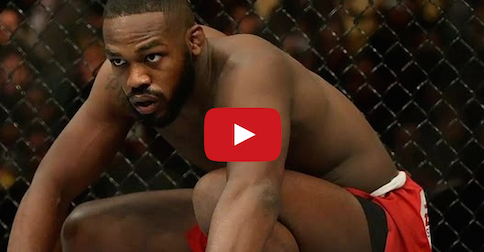 “The first priority is that Jon and his family, but specifically Jon, get the help he needs and I know that that is the UFC’s No. 1 priority. I’m glad to see that he’s already checked into a treatment facility. He’s got three beautiful daughters and a fiancee, Jessie, who I’ve had the privilege to meet, and I’m glad to hear that news immediately following this breaking news that’s so unfortunate.”

“In my eyes as an analyst and being that it’s out of competition, no. I don’t think there’s a whole lot of performance enhancement speaking of cocaine. I mean obviously he didn’t take it right before the fight. I think obviously this is going to hurt his image and a lot of the other things he has going on outside of the Octagon for his brand, but this is an opportunity for him to do what’s best for him and his family right now. That’s the No. 1 priority and knowing Jon personally I don’t think there’s anything this kid can’t overcome.”

“It’s going to be difficult. It’s certainly going to be negative for his image. After the [Cormier] fight [Jones] did some interviews where I thought a lot of people really came around and saw the real side of Jon Jones. People started talking and saying, ‘Hey, give the guy a break. He doesn’t have to be perfect. He can be a little mean.’ So I think this swings the pendulum a little bit back in the opposite direction. He’s going to get criticized and he’s going to have to take this one on the chest, but first and foremost he’s got to worry about himself and his family.

“But look, this is a country where one of the highest paid speakers in the country is [former U.S. president] Bill Clinton and he’s considered a hero in many ways. [Clinton] has certainly overcome much worse than a positive drug test so I think Jon can overcome this.”