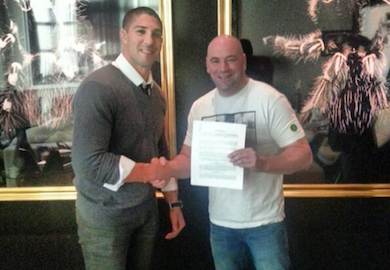 The TUF Alum last saw action at UFC 165 where he was able to submit Matt Mitrione to earn his second straight win inside the Octagon.

The former NFL football player and TUF season 10 runner-up took to twitter to make the announcement: