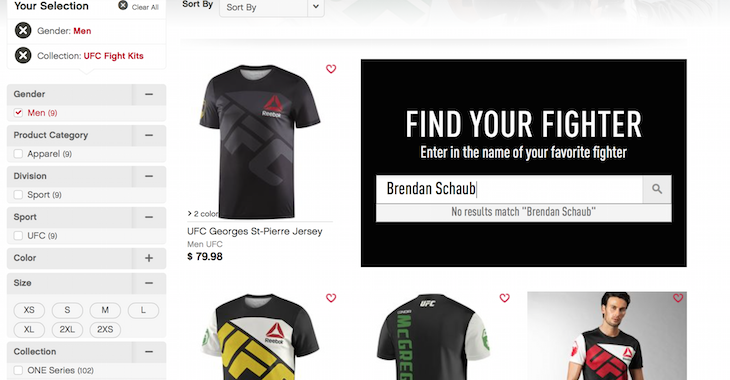 Did UFC heavyweight talk his way off of Reebok’s website?

The fighter has been extremely vocal, both before and after the new uniforms came out, saying how much money he was going to lose with the new deal and so on and so forth.

Now, if you go to the Reebok website and try to look up his ‘jersey’, no results come up. He is no longer in their long list of fighters with jerseys available for purchase. So, what does it mean? I’m not sure. It could very well mean nothing. Perhaps Reebok has decided not to sell a jersey for every single fighter, or perhaps Schaub pissed off enough people and they decided to just yank his apparel. I will note, that Schaub is not the only fighter who’s jersey is no longer available. Other notables include Andrei Arlovski and BJ Penn.