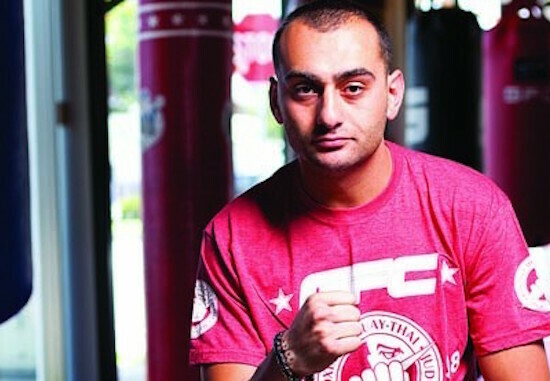 “Honestly, somebody asked me if he can fight. I think he can’t fight for sh*t. That’s what I think.”

“I pick and choose my fighters, I’ll tell you this much for sure. It’s the way they approach me and the way they speak to me before they really want to be in my gym and train with me. I have heard that he did want to work with me and I said that’s not the way it’s going to be happening. So, stuff like that has happened, so I don’t know if there’s hard feelings or not. It really doesn’t matter at this point. I don’t want to cause any unnecessary drama.”

“I didn’t see anything special. Nothing really happened to the guy. A heavyweight punching on the ground, you have to do some damage, you know what I mean? There’s other fighters out there in the 135-pound division, even Ronda, when she hits someone on the ground it’s totally different.”

During a recent chat with MMAFighting.com, Edmond Tarverdyan dissed Brendan Schaub ahead of this weekend’s UFC 181 event.