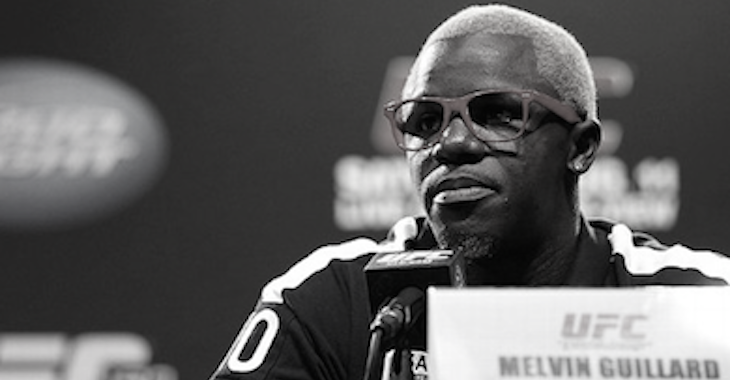 It appears the relationship between the World Series of Fighting and Melvin Guillard isn’t going to be repaired any time soon. News just came out that the lightweight fighter has been pulled from WSOF 20 set for this Friday. Here’s what WSOF president Ray Sefo had to say.

“Obviously, we would have liked to have seen Melvin compete at this weekend’s event. But it’s Monday, four days away from the fight, and we don’t have his medicals, nor have we heard from him. He has not responded to any of requests from our PR team to help promote the show, and we alerted his management team that if we did not receive his medicals by 10 a.m. today, we would have no choice but to pull him from the card, and unfortunately, that’s what we’ve been forced to do.”

“With Melvin missing weight in his two previous WSOF bouts, not hearing from him this close to the fight gives us serious concerns as to whether or not he would make weight for this fight either. But ultimately, we’re really in a bind because he hasn’t turned in his medicals yet, and that becomes an issue with the commission. So we’re not even sure he’d be able to fight. With all that in mind, we decided we had to make a move today to protect our event.”
[MMAjunkie]