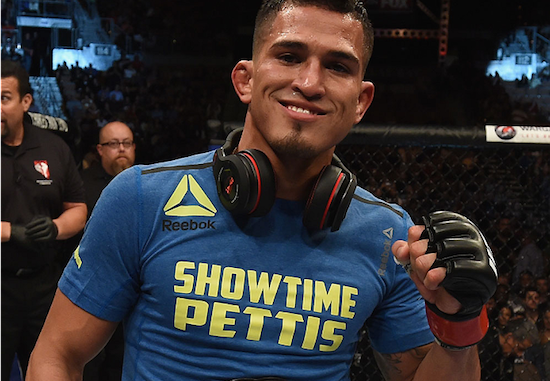 Just announced during the broadcast on FOX Sports 1 for UFC 182! We now know that UFC lightweight champion Anthony “Showtime” Pettis will defend his title against Rafael Dos Anjos at UFC 185.

The card is set to take place on March 14 in Dallas, Texas. So who takes it, the champ or the challenger?