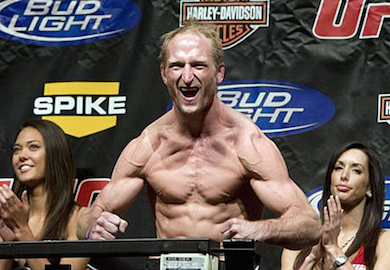 Sources close to the situation confirmed the latest addition to BJPENN.COM this afternoon.

‘Battleground O.N.E.’ – The highly anticipated one-night, eight-man tournament is set for Friday, June 27 at the BOK Center in Tulsa, Oklahoma. The evening’s tournament winner will earn $50,000.00.

Other notable fights are expected to be announced, but the eight-man tournament seems to be locked up with this latest addition.

Larson will enter the Battleground cage on the heels of a 4-1 stint. He last saw action in the ONE FC cage in March.

Broadcast plans have yet to be revealed, but are expected in the coming days.