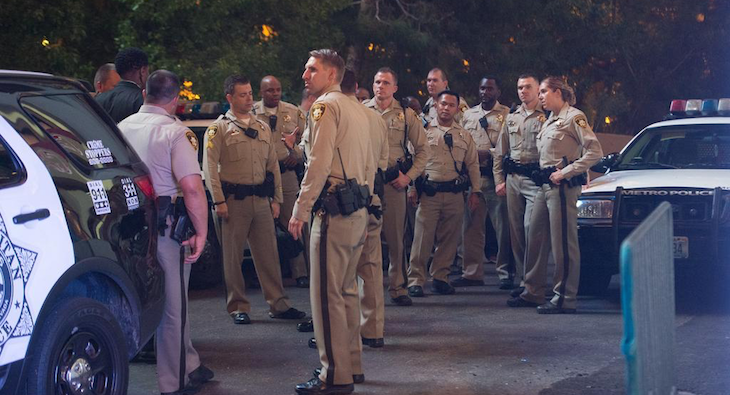 World Series of Fighting may have played second fiddle to the Ultimate Fighting Championship in terms of viewership, but people are still talking about what went down behind the scenes at “WSOF 22” in Las Vegas.

The Diaz Camp was involved in an altercation with Khabib Nurmagomedov and his crew near the seating outside of the cage. The altercation actually came to blows and the two parties had to be separated.

Steve Bauzen recently released a tweet saying that there was apparently a SECOND altercation between the camps, and the following picture is the fallout:

This was the scene outside the arena after the second Diaz brother fight. pic.twitter.com/8GAF0DLiI9

After the second Diaz brawl outside, I returned backstage where Palhares was being interviewed. Then this happened… pic.twitter.com/VfW4xvOwc8

Jake Shields is still livid… No Peace. No Justice. #209wut

Stay tuned to BJPENN.COM for details surrounding this story as it develops.