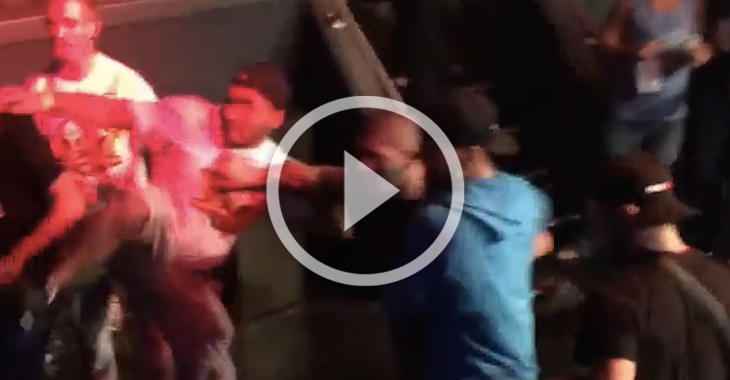 World Series of Fighting rivaled UFC on Saturday night with “WSOF 22: Palhares vs. Shields” in one of the most controversial fights in company history. It is well known that Palhares has the reputation amongst the fight community that he holds onto submission holds too long and tonight was no different; After Shields had submitted to a kimura in the third round, Palhares torqued the hold one last time before letting go!

That’s not where the controversy ends, though.

The Diaz brothers and Nurmagomedov fight in the crowd.