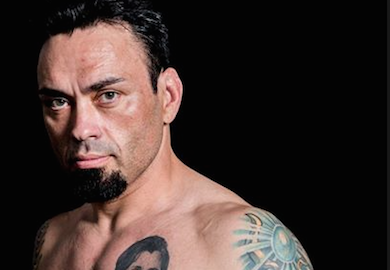 Metamoris 3 headliner Eddie Bravo had a rift with the Gracie clan following his main event against Royler Gracie.

While both sides (outside of Royce Gracie) kept things professional, the air’s been thick.

In a recent interview with sherdog.com Eddie explained how both sides are now moving forward in a positive way.

“I ended up doing my own show – the Eddie Bravo Invitational,” explained Bravo. “Now I understand, being the owner of the show, that I am in the exact same position Ralek is in. I mean Royler is his uncle, so he had to do some stuff, and above all else he is a part of a family. I mean, family comes first right?”

“So I get it now that I have my own show. I feel where Ralek is coming from because if I let my heart run everything, half of the show would be making 10th Planet look like we were kings of the world. But then no one would take me seriously; I have to be 100 percent unbiased. Your heart wants to just promote the hell out of your family. My family is 10th Planet; Ralek’s is the Gracie family, so I am not as hurt as I was initially.”

“We are cool. He and I had a dual misunderstanding. I’m not mad at him, and yeah, he invited me to Metamoris. I ran into him at Glory at the Forum. We talked for like 20 minutes and made peace.”

And a bit on Royce Gracie too:

“I would love for there to be peace between him and I,” said Bravo. “But if he doesn’t want a peaceful resolution and wants to keep being angry at me for whatever reason, that’s fine too. Royce definitely has the personality that I could never get along with. I know what kind of person he is. I wouldn’t be able to hang out with him anyway. He is a legend; I will always respect him for that. If he wants to do a grappling match someday, I am down for that too.”