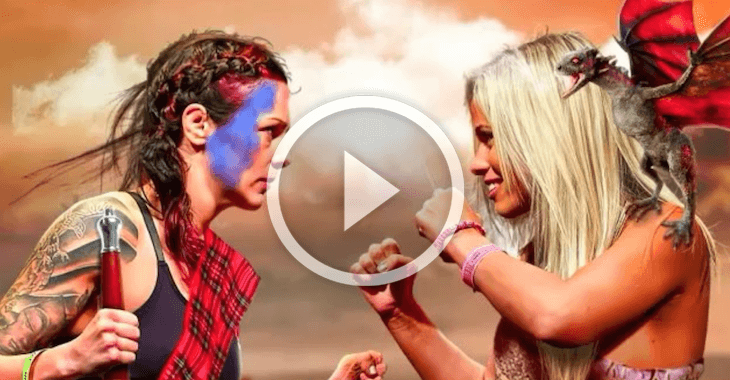 It will be both of the fighter’s biggest fight to date and will serve as a great chance for the strawweight division to show off their high pace non-stop action.

VanZant is tagged as the UFC’s next big thing, with a 3-0 record in the promotion with her latest win coming over Alex Chambers. She’s one of only a handful of fighters who have an individual sponsorship deal with Reebok and has looked unstoppable in her past three wins. Calderwood is coming off of an impressive win herself and is looking to keep things going with a big win over someone like VanZant. Both seem to be fan favorites and it’s sure to be an action packed scrap from start to finish.

Thanks to blastedmma on Instagram, we now have this awesome interactive poster showing Calderwood as a Scottish warrior straight out of Braveheart and VanZant seems to channeling her inner Game of Thrones character. It’s pretty neat, check it out!