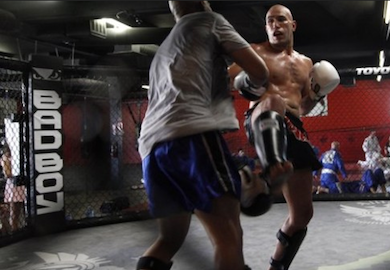 “Yeah, as far as I know. He is back in training, but not punching yet. He actually shattered his hand again, same one that he broke in the Shogun [Rua] fight. He had a wire sticking out of his hand for about three months straight and this time I think he took those wire cables out, whatever they were. I think it’s finally healing, but he’s not punching yet. As of this date, we don’t have any plans for him yet.”

Alliance MMA coach, Eric Del Fierro recently told ‘The MMA Hour’ that longtime UFC standout, Brandon Vera (pictured), is still nursing a hand injury that has kept him out of action since his heavyweight return against Ben Rothwell at UFC 164.

Vera lost the bout in the third round via TKO (See Video Here), but Rothwell was suspended following the bout for elevated Testosterone.