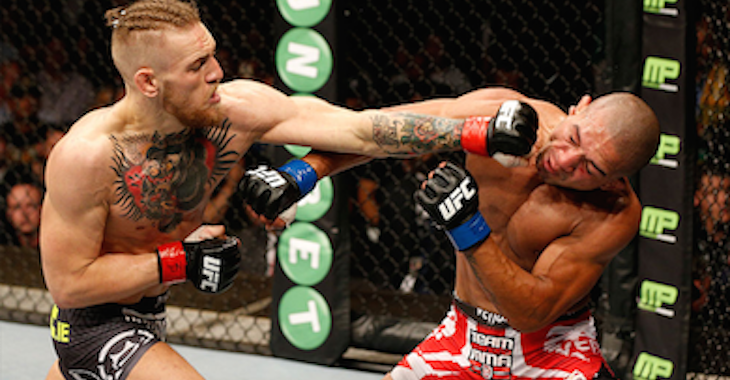 “The best path against Hettes is to pressure him and that’s what I’m gonna do. I’m trained and I’ll be a different Diego. I’ll prove it by fighting. I’m focused, I know what I want to do with my life, I want to fight for the UFC. I didn’t know what I wanted, but I really want to be in the UFC. You will see different things this fight. I miss fighting, that’s the truth. I worked too hard to get where I am, I was the first Brazilian to win TUF and I can’t wait to see Aldo fight Conor. Aldo will take it and I hope Conor will give me a rematch after Aldo kicks his ass”.

Everybody is aching for a chance to avenge their loss to Conor McGregor. Earlier this week, Max Holloway stated he would do anything for another shot. Now, Diego Brandao is looking for redemption.

In a recent interview with Combate, Brandao continues to trash talk McGregor in favor of his fellow Brazilian Jose Aldo.

How fast do you think the remach would finish, and who would win?