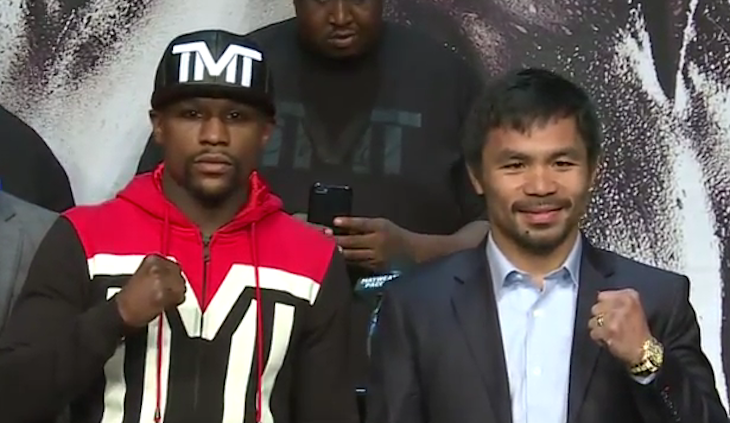 Prize-fighting may see the ultimate reward this weekend after Floyd Mayweather and Manny Pacquiao meet in the ring on Saturday evening. With a $100 price tag and an estimated estimated 2.5 million PPV buys, ‘Money’ and ‘Pac-Man’ could both easily reach the $1 Billion in career pay-per-view revenue.

Mayweather and Pacquiao already sit at the top of the list of highest PPV revenue fighters in the sport’s history above the likes of Oscar de la Hoya and Mike Tyson. Kurt Badenhausen of Forbes continued, “Mayweather has generated $873 million in PPV revenue over 13 fights with Pacquiao’s 20 fights generating $741 million in PPV revenue over the course of his career. Boxing’s next biggest PPV stars all-time are Oscar De La Hoya ($696 million), Evander Holyfield ($548 million) and Mike Tyson ($545 million).”

MAKE SURE TO COME TO BJPENN.COM FOR COVERAGE OF MAYWEATHER/PACQUIAO THIS SATURDAY