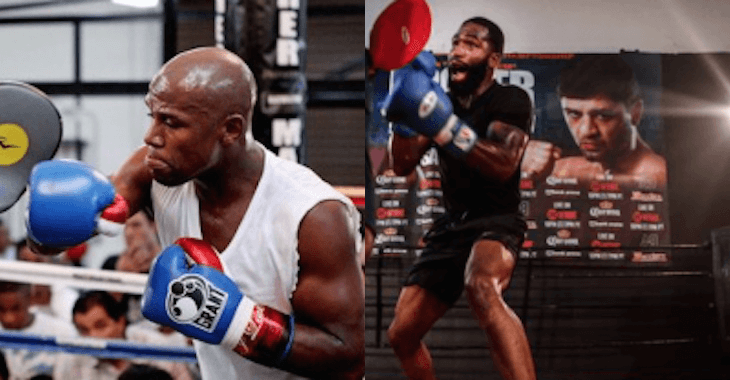 I’m pretty sure these rumors of a Floyd Mayweather return will never end. First, he was coming back to rematch Manny Pacquiao and now he could be in talks to fight Adrien Broner in 2016.

Again, this is essentially a rumor, with not a ton of information to back it, just a writer claiming to have heard something from one of his sources. So here it is.

Michael Woods of TheRing.tv says that a source told him they have been hearing rumblings of a fight being put together, between the currently retired Mayweather and the newly crowned WBA light welterweight champion Adrien “The Problem” Broner, set for 2016.

Here’ what he says:

“Woodsy, I’m hearing rumblings…They are thinking Adrien Broner versus Floyd Mayweather if and when Floyd decides to get bored of being the world-traveler, an Instagram Hall of Famer. AB vs. TBE.”

That’s about as vague as a statement can get. He says if and when, which clearly means that the rumblings he was hearing were likely someone saying ‘hey if Mayweather ever comes back he should fight Broner.’

We’ll keep you updated on any further ‘rumblings.’