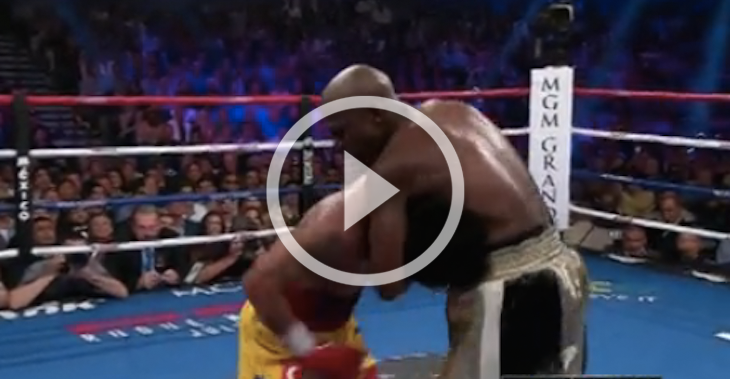 The most anticipated fight of the decade may not have lived up to expectations, but it had SOME “edge of the seat” moments.

Usually, fans would let out a collective groan and show their disproval by booing whenever Mayweather shot in for a clinch. However, one of the clinches was more controversial than the rest!

As Mayweather went in for a clinch in round three, Pacquiao was ducked down and ended up in position for a guillotine. “Money” locked “Pac-Man’s” head and blasted a couple punches to the body before the referee got in there!

Check out Zombie Prophet‘s video below to check it out!

Was it on purpose? Did Mayweather MEAN to do that? Share your thoughts in the comment section below.