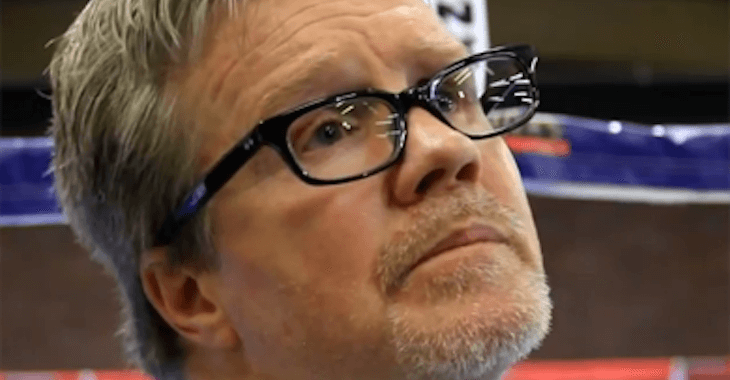 Boxer Ruslan Provodnikov has gone 1-2 in his last three fights and decided that it was time to make a change. That change came when he parted ways with Hall of Fame trainer Freddie Roach and brought in Joel Diaz to replace him.

Provodnikov has been working with Diaz for two weeks now and the two will stay together as they prepare for his next fight, which is expected to take place sometime this year.

Diaz had actually trained and was in the corner of Timothy Bradley when he fought Provodnikov, back in 2013. Since then he’s stayed in contact with Provodnikov and his manger, Vadim Kornilov. Diaz told ESPN that there was once talk about him replacing Roach, when talks were going around about a possible fight between Provodnikov and Manny Pacquaio, who is of course also trained by Roach.

That fight didn’t come together, but still, two weeks ago, Diaz got the text message asking if he’d be willing to train the Russian fighter.

Here’s what Diaz had to say:

“Ruslan is a very strong fighter, a lot of heart, a lot of pressure, but he needs to work a little more on defense because he gets hit a lot. My point is not to change him but to improve him on defense, teach him how to cut off the ring a little more. I also want to teach him that Mexican style — go to the body. He’s a head hunter. I want to teach him to work the body from the beginning of a fight and work his way up [to the head].”