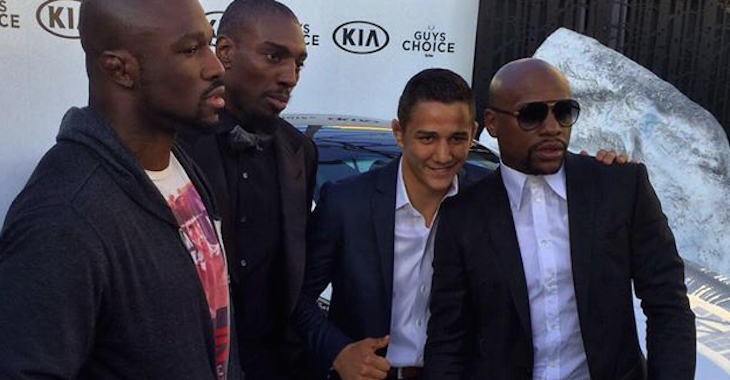 Floyd Mayweather has been appearing with a lot of mixed martial arts fighters as of late. In May, Chris Weidman celebrated his UFC Middleweight Championship defense at the pool with ‘Money’ and now, Bellator fighters got to meet the boxing superstar! Check out a picture below where Mayweather got to meet Phil Davis and King Mo at the Guys’ Choice Awards which aired on SPIKE!