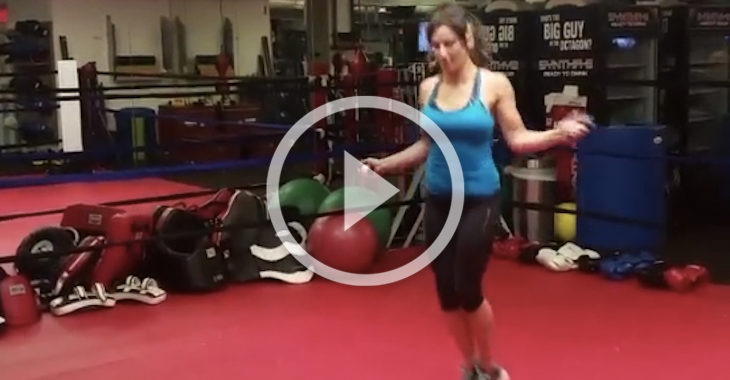 Miesha Tate is working on her cardio as she prepares for her bout with Jessica Eye at UFC on FOX 16. The bout was announced on Tuesday and Tate went straight to work in the gym.

Tate’s last performance in the octagon showcased her heart and determination as she won a long, tough decision against Sara McMann.