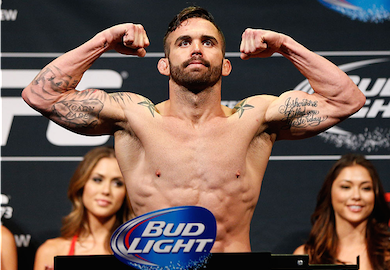 The UFC’s matchmaking department is working overtime to keep the promotion’s growing roster of fighters active.

As such, seven new fights have been announced by the UFC brass since our last roundup earlier this week.

Top lightweight fighter, Jamie Varner is set to return to action after being forced on the shelf with a broken ankle, suffered in his last UF bout. He returns at UFC on FOX 13 against Drew Dober On Dec. 13.

Australia’s UFC Fight Night 55 got 5 slots filled in the UFC’s latest booking spree. Most notably, however, is a middleweight bout between Robert Whittaker and Clint Hester. UFC heavyweights Soa Palelei and Daniel Omielanczuk have agreed to fight, as have Jake Matthews and Vagner Rocha. Dylan Andrews is set to meet Sam Alvey at welterweight, and lastly, Vik Grujic will fight Chris Clements. The UFC’s return to Australia goes down Nov. 8.

Next month’s UFC 179 event just booked a preliminary card bout in the form of Gilbert Burns vs. Christos Giagos. The two will compete in the UFC’s lightweight division. UFC 179 goes down on October 25 at Rio de Janeiro’s Maracanazinho Gymnasium.