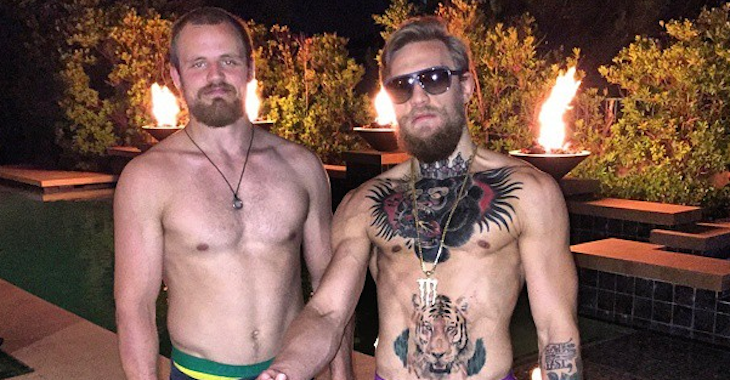 UFC announced some big changes in their upcoming events which got buried in this week’s Jose Aldo injury drama! Catch up on some BIG changes to UFC 189, UFC Fight Night 71, and UFC Fight Night 72!

Gunny Gets a New Opponent at UFC 189
Brandon Thatch is the chosen one to step in for an injured John Hathaway at UFC 189. Both Gunnar Nelson and Brandon Thatch are both looking to regain the momentum they had before their losses in their last octagon outing.

Thatch suffered an upset loss to Ben Henderson in his first UFC welterweight bout. Before his loss, Thatch was riding a ten fight winning streak and was slated to be one of the next big things of his weight class.

Gunnar Nelson was undefeated before his main-event loss to UFC veteran Rick Story in 2014.

UFC Fight Night 72 Gets a “Bama Beast”
Marcus Brimage is set to make his return to the octagon at “UFC Fight Night: Bisping vs. Leites” and was supposed to face Ian Enwistle. Entwistle’s last appearance in the octagon was in December 2014 when he landed a slick submission win over Anthony Birchak. However, Enwistle suffered an injury and has already been forced off of the card.

Brimage has lost three of his last five and will be looking to get back to his winning ways when they meet on July 18, 2015.

UFC Fight Night 71 Loses Choi Doo-ho
Doo Ho Choi has been pulled from the upcoming UFC Fight Night 71 card in California, according to MMAJunkie. Choi was slated to face Sam Sicilia on the preliminary portion of the card in a featherweight bout. Frank Mir and Todd Duffee headline the card which is set to take place on July 15, 2015.