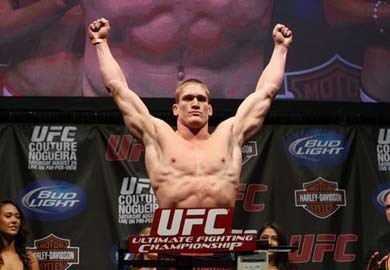 In the latest round of UFC fight bookings, officials bring us four new bouts for upcoming December events.

The highly anticipated return of heavyweight powerhouse, Todd Duffee (pictured), was announced for UFC 181 on Dec. 6. After two-years on the shelf he meets Anthony Hamilton.

On December 12th, Team Cesar Gracie’s Yancy Medeiros returns against Joe Lauzon teammate Joe Proctor. The two lightweights don’t yet have an official place on the fight card’s lineup, but expect them to be featured on the main card. The event will serve as the TUF 20 season Finale.

The very next day, Joe Ellenberger will fight Bryan Barberena on the UFC on FOX 13 card. Also set for the December 13 event is a middleweight bout between Ed Herman and Derek Brunson.