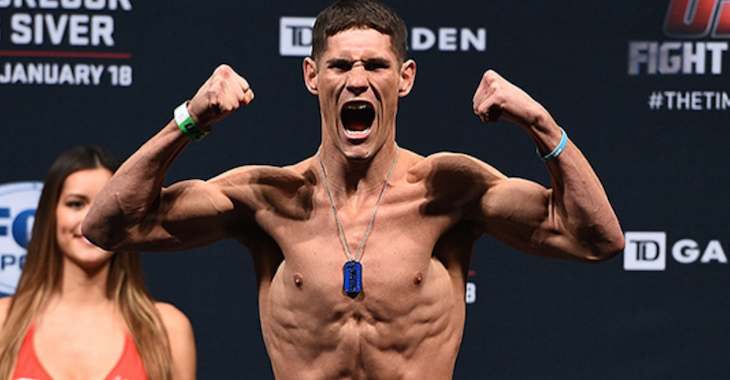 As always, the UFC has been busy this past week booking bouts for upcoming events.

Catch up with all of the matchmaking happenings with BJPENN.com’s Booking Roundup.

First up we have Rocky Lee vs. Taylor Lapilus, which will go down at “UFC Fight Night: Krakow” in April. Lee will be making his promotional debut after losing in the semifinals of “TUF: China”. Lapilus will also be making his debut, which was postponed after the Swedish MMA Federation refused to license him to fight Dennis Siver due to a lack of experience as a result of all of Lapilus’ MMA fights occurring in France, where ground and pound is illegal in MMA fights.

Next up we have Charles Rosa vs. Yair Rodriguez, which will go down at UFC 188 on June 13th in Mexico. Rodriguez, the “TUF: Latin America” winner is coming off a win in the TUF finale, extending his pro record to 4-1, and his UFC record to 1-0. Rosa on the other hand is coming off a submission win over Sean Soriano at “UFC Fight Night: McGregor vs. Siver”.