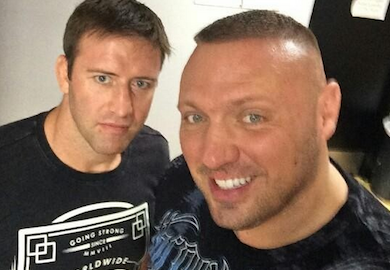 trying to find a training partner w a head as big as @titoortiz. I think @bigsexymccorkle 's head is close enough pic.twitter.com/NdSbTx0QfK

And Tito Responded with: