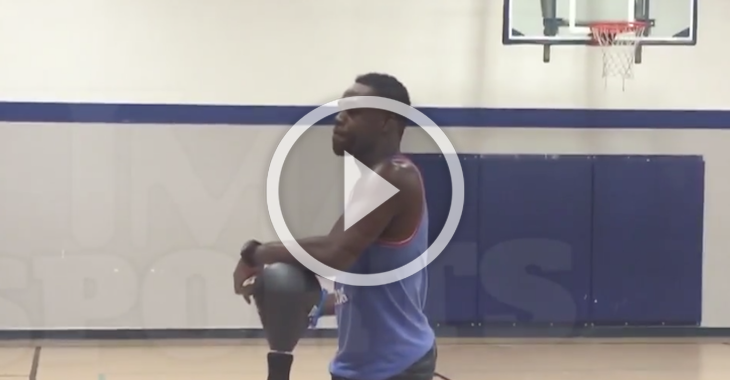 Well here’s our first look at former UFC light heavyweight champion Jon Jones out in public, basically since he was suspended by the UFC. Apparently he’s doing well and can be seen here working with a Boys and Girls club.