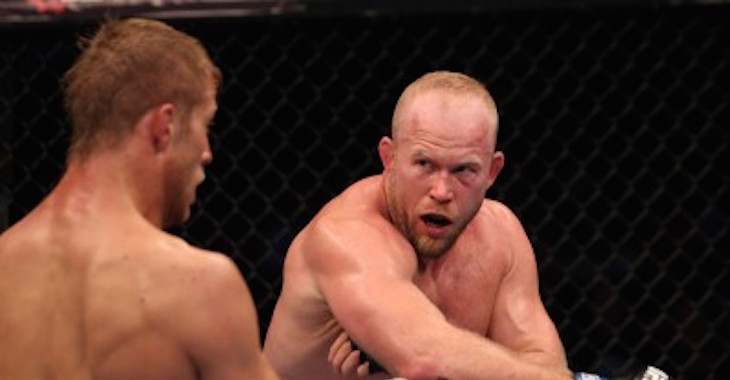 ‘The Barbarian’ recently talked to UFC.COM about fighting Hendo and what it means to go against someone he looks up to, especially considering this could be his last fight, maybe.

“I thought about that, and somebody has to do it, and if anybody had to do it, I wouldn’t mind because I’m fighting Dan Henderson with one hundred percent respect. I respect everything he’s done throughout his career, I respect the inspiration that he’s been to me and many other fighters. He’s done everything a young fighter could ever hope to do and he’s a legend for a reason. So if I were to be the guy that retires Dan Henderson, what an honor that would be for me and I would send him out on a high note. I’m not saying that’s what’s gonna happen, but it would be nothing but respect from me towards Dan Henderson.”

“It’s obvious that he’s getting towards the end of his fighting career, just because he’s up there in age, but if you take Dan Henderson lightly, you’re setting yourself up for failure, because if he’s anything, he’s tough. He’s always been tough and he always will be tough and that’s one of the things I really looked up to him for, is his ability to get hurt and come back and win fights. And for me to go in there and think that I’m just gonna take advantage of this guy would be a big error on my part. So I’m preparing for Dan Henderson in his prime.”