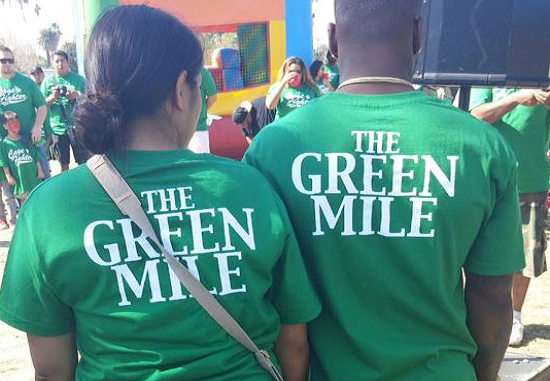 UFC lightweight Bobby Green is making a strong effort to raise awareness for gun and gang violence, and bring peace to Southern California, even if it means putting himself in harms way.

‘King’ hosted an event, which he called ‘The Green Mile’ yesterday, and the turnout for the peace walk was amazing!

Check out some of the pictures from the event, courtesy of Green’s Facebook below:

Green had the following to say about the event:

“It was a great turnout, we came together as one.”