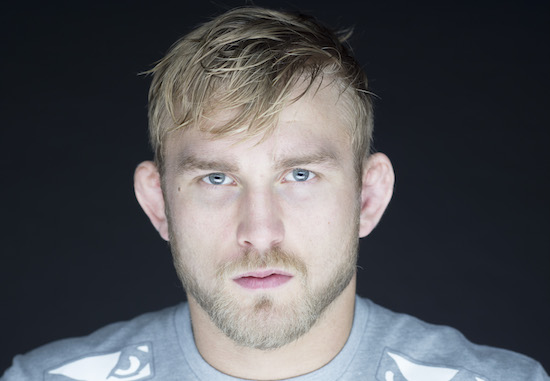 BJPENN.COM is ready to bring our fans the most stacked show of 2015 so far! BJPENN.COM Radio returns this Sunday with Johnny Case, Daniel Straus, Jake Shields and Alexander Gustafsson!

We will be kicking things off by talking with one of the UFC’s up-and-coming talents, Johnny “Hollywood” Case. Case made his octagon debut on UFC Fight Pass in September when he submitted Kazuki Tokudome in the second round with a rear naked choke. Case will be showcasing his talent on Fox Sports 1 next Sunday when he takes on Frankie Perez on January 18, 2015. Lightweight “Hollywood” needs to make a name for himself next Sunday as he is in one of the most stacked divisions in the UFC.

Even though we are only seven days away from Bellator 132, challenger Daniel Straus will be joining us here on Sunday night to break down his upcoming featherweight championship bout against Patricio Freire! Straus lost his title in a close bout to Pat Curran after being forced to submit in the fifth round. After picking up a highlight-reel win against Justin Wilcox at Bellator 127, Straus has earned the right to challenge for the title again! Hear what he has to say about his upcoming bout with “The Pitbull” by tuning in Sunday!

Former Strikeforce Champion and UFC contender Jake Shields will also be joining us on BJPENN.COM Radio to discuss his main-event bout with Brian Foster at World Series of Fighting 17. Shields is looking to prove to not only his competition, but the officials of WSOF that he is the best welterweight on the roster. If Shields defeats Foster easily enough, he may just earn himself a bout with WSOF Welterweight Champion Rousimar Palhares.

In one of his first interviews since all of Jon Jones’ misfortunes took place, Alexander Gustafsson will main-event our show on Sunday with a must-hear interview! Gustafsson will be duking it out with Anthony “Rumble” Johnson on January 24th which takes place in Stockholm, Sweden! The card is set to air on big FOX. Jon Jones duty as champion still stands, but all of that could change in the coming weeks. Hear what Alexander Gustafsson has to say on the matter this Sunday!