Sunday March 10, we kick BJPenn.com’s FIST-ta-CUFF Radio off at 7:30 PM PST with the head instructor and co-founder of American Top Team. Ricardo was named the 13th most powerful player in MMA in the Fight! Power rankings which means this is a perfect guest to talk to about the current state of MMA. We will talk to Ricardo about the history of ATT, his time learning martial arts from a young age (He got his start in combat sports at 4 years old), and the program he has at ATT to teach judo to visually impaired students. Ricardo’s story of getting into BJJ, to his leaving the famed Gracie academy, creating Brazilian Top Team, and ending up in the states to start ATT is worthy of a movie and we will be talking all of it. I couldn’t think of a better way to start out the show then to have a man who has won Gold at the first ever “Mundials,” or World Jiu-Jitsu Championship & Gold in the International Masters Mundials. Follow Ricardo on twitter @LiborioATT 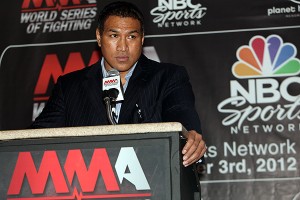 The second guest on BJPenn.com’s FIST-ta-CUFF Radio Show 179 is Ray Sefo and we have so much World Series of Fighting to talk. Ray is the president of the WSOF and is plenty busy as their second event is set to take place at the Revel Ovation Hall, in Revel Beach, NJ on Saturday, Mar 23. Andrei Arlovski is set to take on Anthony “Rumble” Johnson in a heavyweight main event, with Marlon Moraes taking on Tyson Nam as the Co-Main event. While Josh Burkman, Aaron Simpson, Paulo Filho and other names round out the card. We will talk the fight card with Ray, how life has changed being on the other side of the cage, and the recent news that they have attempted to sign John Fitch. We will talk the future of the WSOF with Ray and what the rest of the year holds for the promotion and what they will be bringing to the sport of MMA. Follow Ray on twitter @SugarRaySefo 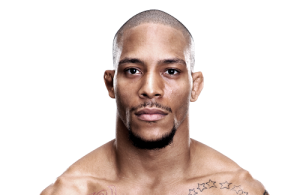 Our last guest on BJPenn.com’s FIST-ta-CUFF Radio is not the type of man you don’t want to make mad, cause you won’t like him when he becomes the HULK! Mike Easton is set to take on Brad Pickett at UFC on FUEL TV 9, in Stockholm, Sweden on April 06. We will talk with Mike about his recent time in San Diego, CA training for his upcoming fight at Alliance MMA. Mike is looking to get back on a win streak after his first loss in 9 fights. Mike is one of the guys inside the bantamweight class that you have to keep an eye on, from his footwork and head movement, to his slick skills when the fight hits the mat. We will talk to Mike about getting the call to face Brad Pickett in what should be a fight for the fans that should be nothing short of fireworks. We will get Mike’s thoughts on the 135 lb. weight class, Testosterone replacement therapy, and of course what 2013 will hold for the Hulk! Follow Mike on twitter @mikeeastonmma