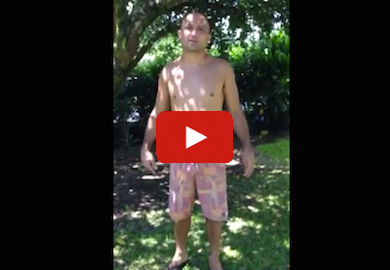 The ALS ice bucket challenge is for ALS awareness.

Upon reading the fan comments, BJ opted to make a second video with more ice for ALS.