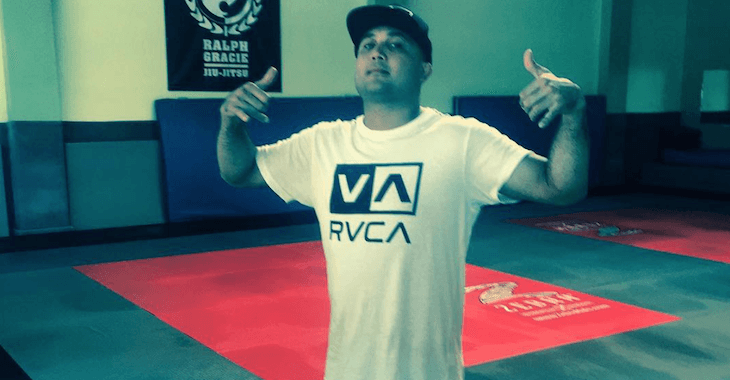 BJ Penn, two-division UFC champion and Hall of Famer, recently had the chance to return to where it all began for him.

Penn, while in California, was able to stop by Ralph Gracie Academy, in Mountain View, the place where he started training at the age of 17 years old.

We all know the rest of the story. Penn would go on to become one of the biggest names in the sport and is regarded as the fighter that really put the lighter weight classes on the map. Penn is considered one of the best for a reason. Not only did he dominate the lightweights, but he wasn’t afraid to jump up in weight to fight the best in other divisions. In an era now, where fighters are so calculated and try to pick the right fights for their career, it’s refreshing to think of a fighter like Penn, who would simply fight anyone, anywhere and at any weight.

A true legend, Penn reminisced during his return to the Ralph Gracie Academy and posted this picture to Instagram, along with this heartfelt caption:

‘I just got the opportunity to revisit and enter the @ralphgracie academy in mountain view California where it all started for me, I started training here at 17 years old with the one of the best instructors and most fearsome fighters of all time. Ralph left such an impression on me that I will always say he is not a only an awesome instructor who taught me so much but he is also one of the toughest people to ever walk the earth, he is the one who taught me to never fear anyone no matter how big or how good they are. When you see me entering the ufc for slot of my fights, it is me imitating what I saw Ralph do in his attitude and competitions! He is the kind of guy that no matter what shape he is in, if you decide to wrestle with him, you will have to go until someone gets tapped, because Ralph Gracie will never give up, no matter what!
Thank you for the excellent techniques and amazing fighting mentality that you taught and passed on to me!! I am forever grateful !! #graciejiujitsu #ralphgracie #mountainviewCA’