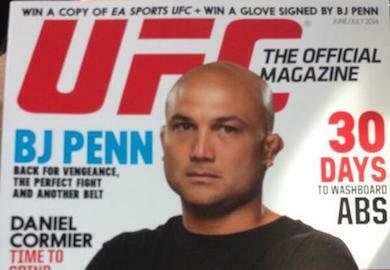 BJ ‘The Prodigy’ Penn has returned to the cover of UFC Magazine.

We last saw Penn on the Cover of UFC Magazine Australia in September of 2011.

‘The Prodigy’ his faces career nemesis Frankie Edgar on July 7th this year. By fight night he will have been 19-months removed from active competition.