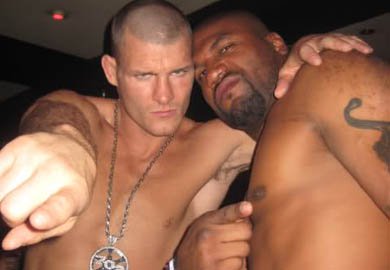 Michael ‘The Count’ Bisping is back to form following news that he would face top middleweight prospect Luke Rockhold.

The two, in typical fashion, took their rivalry to twitter recently, and things got heated.

@bisping @dc_mma I will make u look terrible Nov 8th, that's a promise!