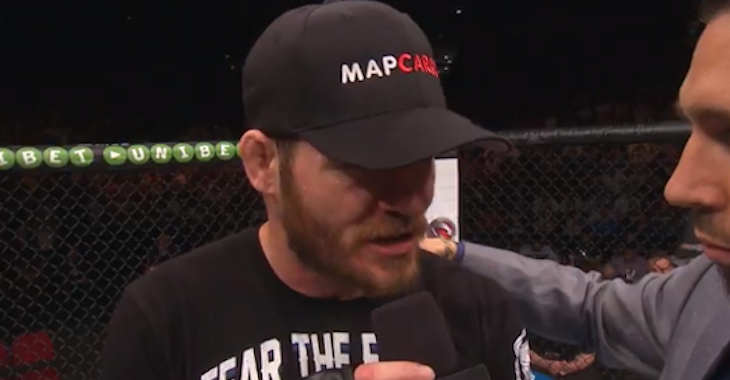 “Obviously the benefit of hindsight is a great thing. I respect GSP for what he said. I really do. Looking back now, now I’m a little wiser, a little more mature. I certainly understand what he was saying, and now I understand how rife the problem was. I think I was a little naïve in also understanding how much of a problem it was. Certainly the whole TRT thing, people said at the time they needed TRT or they couldn’t fight. Well a majority of those guys now aren’t on TRT and they still fight, so it was just a blatant cheat. Looking back, yeah, of course there’s a little bit of sour grapes. There’s a little bit of ‘what if’ and this and that. But ultimately, it’s like I said before, I fought with injuries. I get headbutted and can’t see, I carry on. I’m a fighter. And even though I knew they were on testosterone, even though I knew there was a good possibility they were taking steroids, I still chose to fight them. I live with those decisions and I stand by them. I don’t regret a single thing.”

In a new interview with “The MMA Hour” Michael Bisping talked about his notorious losses to guys on TRT, ala Dan Henderson, Vitor Belfort.