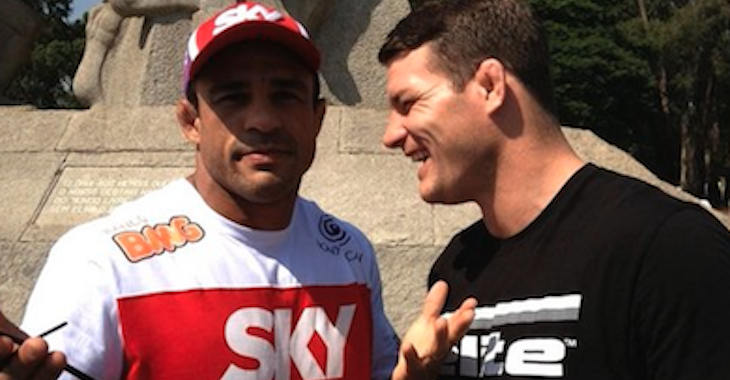 Michael Bisping is not a fan of performance enhancing drugs, as he shouldn’t be. But the UFC middleweight really can’t stand cheaters and if it was up to him there would be much more strict policies in place.

Bisping has faced his fair share of users throughout his career and so admits his stance might be a little jaded, but never the less, he would like to see fighters who get caught completely banned from the sport. Here’s what he had to say during a media conference call on Wednesday.

“This sport, there’s no place for that. We’re not trying to put balls in hoops. It’s a fight.”

“If you’re taking performance-enhancing drugs and you get caught, in my mind, you should be banned for life.”

What do you guys think, life-time ban for all fighters who get popped once?