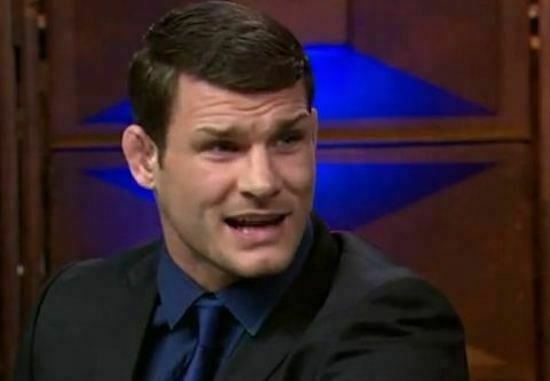 Michael Bisping on developing his power recently: “When you start working with a new coach, you see the progress in the gym, then to sparring and into fights. I believe that started happen. When I came back from my layoff, I had a bad matchup with Tim Kennedy. I feel like I’ve progressed more now. I’m generating more power with the punches and kicks. I’m mentally and physically better than ever. I’m going into this fight in a good place.”

Bisping on if Rockhold is looking past him by saying he’ll end the fight in the first round: “This is another delusionary comment from Luke Rockhold. He comes out with nonsense day after day. Just yesterday he said he’s going to beat me because he has a better beard than me. I’ve fathered three children. This is a prepubescent teenager. I’m more of a man than he’ll ever be.”

Bisping on why fans should watch the fight: “You’re going see two of the best middleweights in the planet. I’m hungry. I want to be world champion. I’m taking the fight to Luke Rockhold. It has all the ingredients to be fight of the year.”