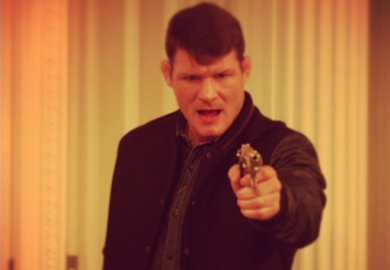 “I’m going to put a beating on him, and he can disappear again back to B-movies. I have to close the distance on him, because he needs space to generate power in those fancy kicks of his. He’s got nothing at close range; everything is at a distance for him. And, at 42, he’s got no gas in the tank. He’s got four minutes or so in him — then he’s absolutely knackered. This is a five-round fight, and he’s 42 years old and hasn’t fought in two years. He had no gas in his first UFC fight three years ago, so he’s not going to be in better shape now.”

In a recent interview with Sherdog.com, Michael “The Count” Bisping blasts his opponent Cung Le’s age and fighting spirit.

The two square off this weekend on UFC Fight Pass!